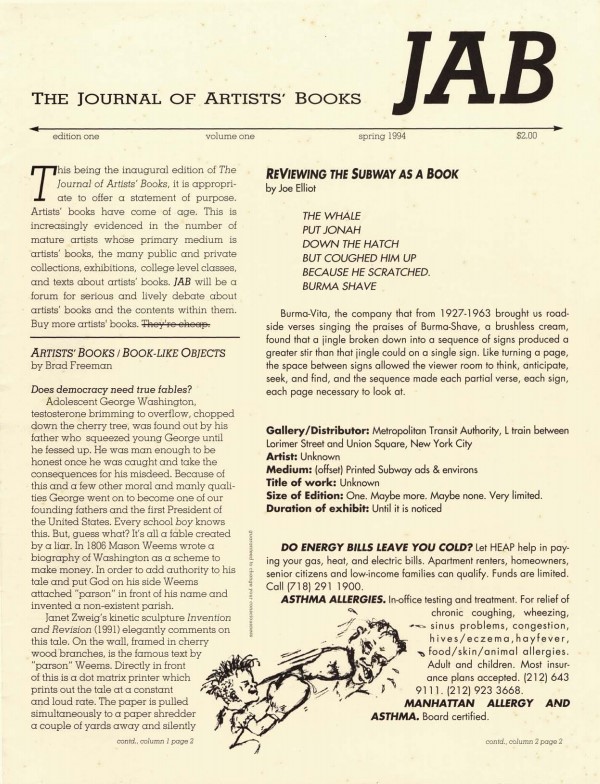 JAB is available in full text online! See "All Issues: Full Text Option" in the catalog (link below) to view issues online.

You can also learn more about each issue on JAB's amazing website!

The Journal of Artists' Books (JAB) was founded in 1994 by Brad Freeman in an effort to create a forum of discussion about artist books. What started as a modest 12-page journal printed in friends' studios turned into an engaged community of artists and readers sharing their experiences and creativity. Through reviews, artist pages, artist features/statements and interviews, JAB helped bring awareness and excitement to the world of artist books.

JAB was published at Nexus Press in Atlanta, GA from 2000 until it closed in 2003. After a four-year hiatus, JAB came back in 2007 in affiliation with the Center for Book and Paper Arts at Columbia College in Chicago. Since then, it has continued to be published twice a year featuring artists from across the globe. While working on this project, JAB announced that after a quarter-century of publishing, their most recent issue (JAB47/48) would be their last.

"The field of artists’ books will be less vibrant with the departure of JAB from the scene, and many who have known the journal throughout its existence maybe surprised to find, as future scholars and artists will, how very rich and varied its contributions have been. Go back through those issues, look at the range of people involved, the multiple cover designs and featured artists, interviews, project pages and profiles. This is a record of artists’ books across multiple communities and perspectives."

One of the amazing things about JAB is their inclusion of artist books in their publication for their readers. Starting in 2002 (JAB 17), JAB began including small artist books made exclusively for the publication. It began with one or two artists books per issue, eventually reaching upwards of 10 included books in a single issue. In total, they produced nearly 80 artists books tucked into the pages of JAB. Brad always made it very clear that these books should remain with the publication. For that reason, these books are in the process of being cataloged, but will remain in their issues for use in the Archives and Special Collections Reading Room.

This guide exists as a stand-in for an exhibit that was originally planned for Spring 2020. In RISD Special Collections, we have over 100 of the books mentioned or reviewed in JAB over the years (see All Books Mentioned tab). Originally, I had planned to display a selection of these books along with some of the amazing artist books published for and included in JAB. With the COVID-19 Pandemic, the possibility of an exhibition became impossible, but I still wanted to bring light to such an amazing resource for students, artists, and anyone out there who enjoys book arts. Below you will find some of the books mentioned in JAB that have been photographed and are available on RISD's Digital Commons.

A Sampling of Artist Books Mentioned in JAB 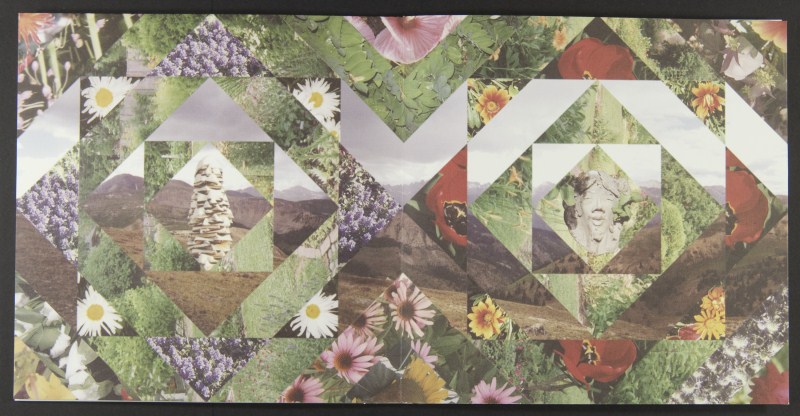 maze book, folded and enclosed in a printed wrapper, An accordion variation made by folding a piece of paper printed on one side into 12ths and cutting it so that the resulting accordion flow turns in multiple directions. Once unfolded, the resulting poster resembles a tradional quilt pattern called "Far Horizons" 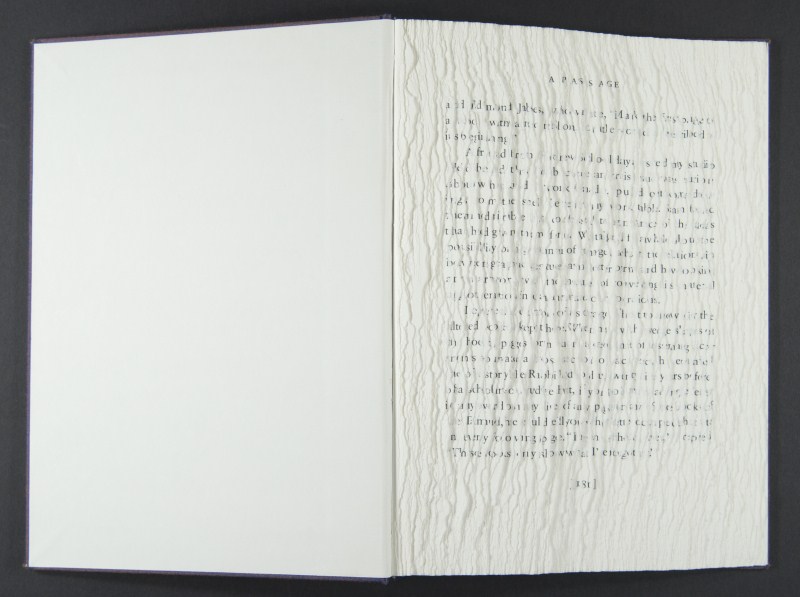 case bound in hard cover with silk covered boards, Book consists of 181 identical pages bound and torn vertically by the artist. The page stubs gradually increase and the resulting text block forms a triangular shape. Content of the text is blurry until the full pages can be completely read. 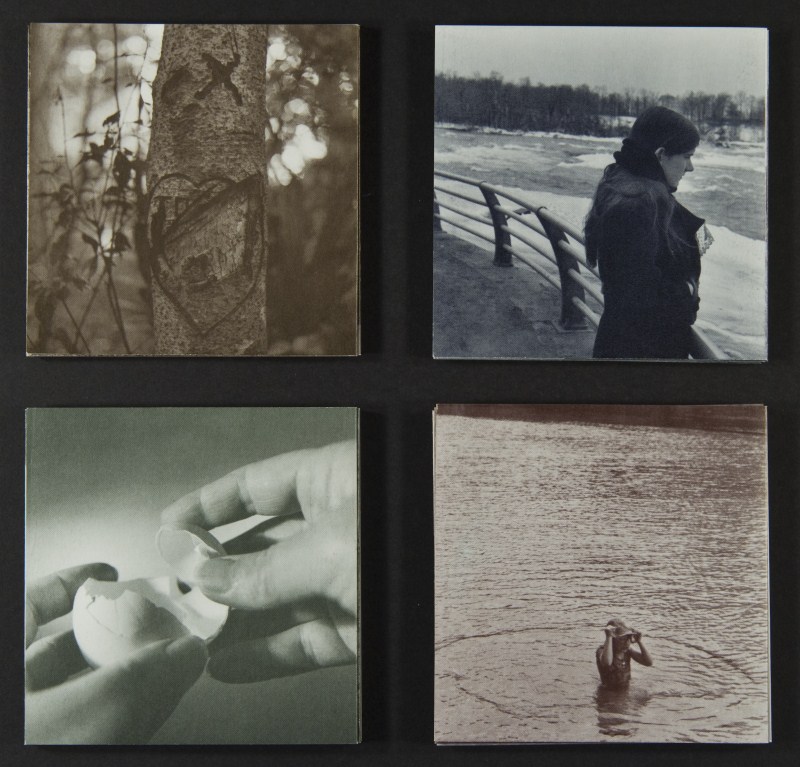 4 accordion fold books, enclosed in a plastic box, The four seasons are depicted through images of nature and human interactions with it. 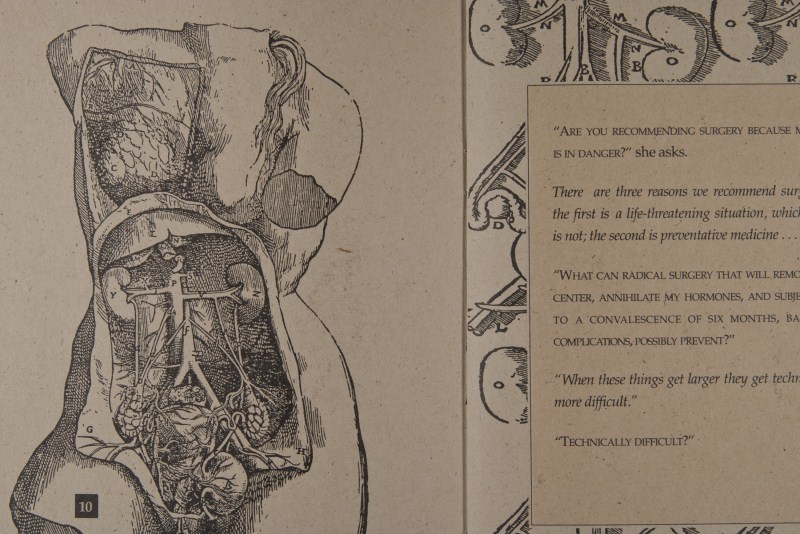 saddle stitch with soft cover, Conversation between a woman and her male gynecologist. The physician is trying to convince the woman her reproductive organs are "totally unnecessary when child bearing is not a desired end."

offset, black and white reproductions of old prints of medical procedures and instruments 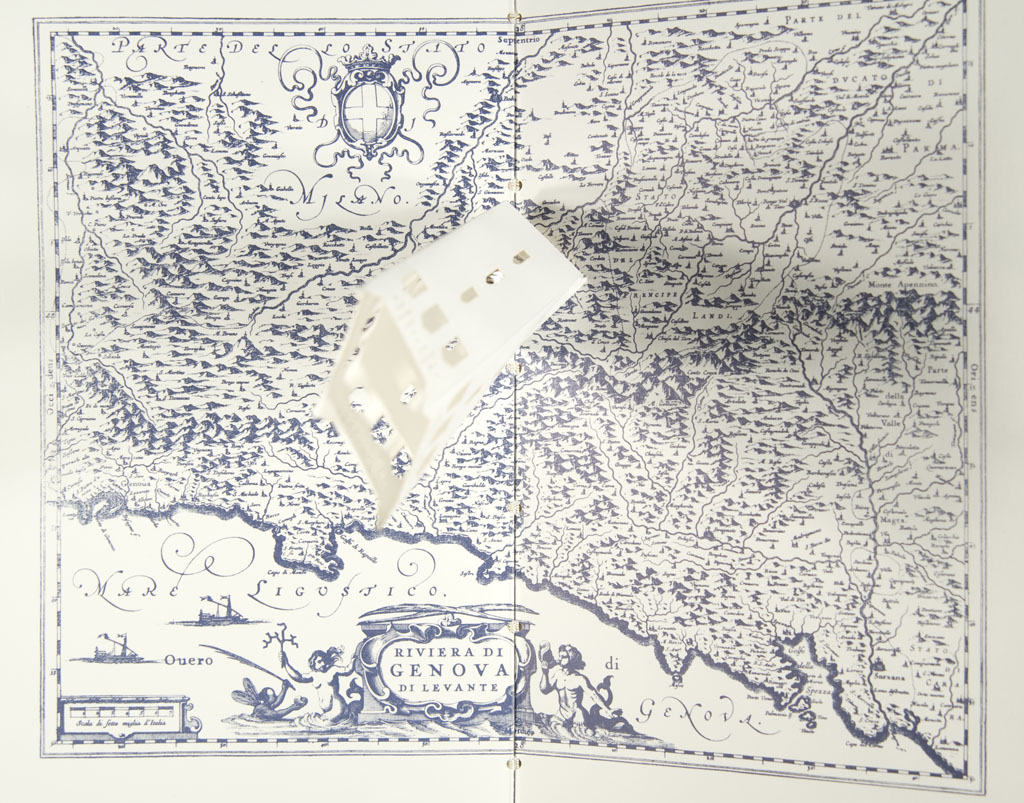 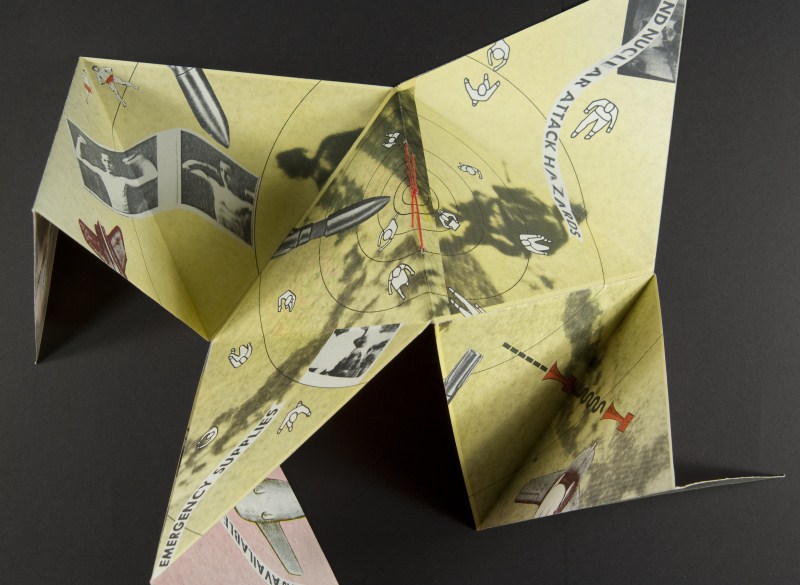 In Case of Emergency - Scott McCarney

pamphlet stitch variation with shaped pages and fold outs, enclosed in a triangular wrapper, When folded, the book wrapper represents a nuclear hazard warning. Inside the pages unfold in a dizzying confusion as images of planes and bombs are revealed. 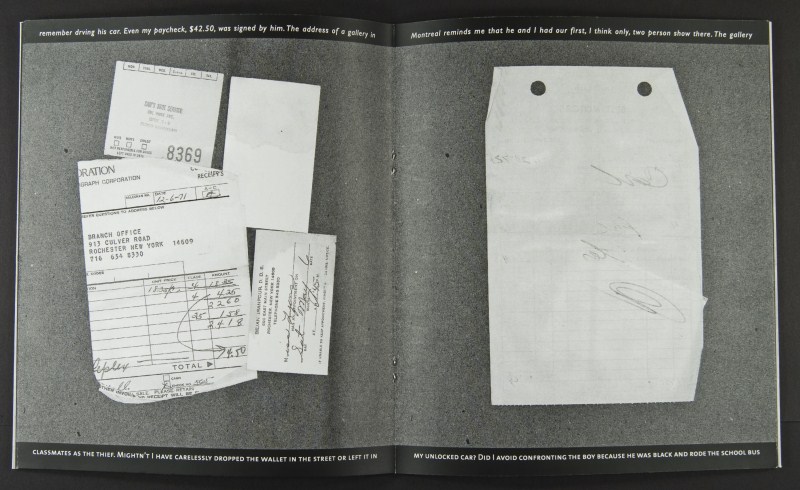 saddle stitch with soft cover, The artist's wallet is recovered in an old air vent in her child's former school 25 years after she had visited his 4th grade classroom. The contents reveal life in the early 1970's.

offset, reproductions of photographs and ephemera 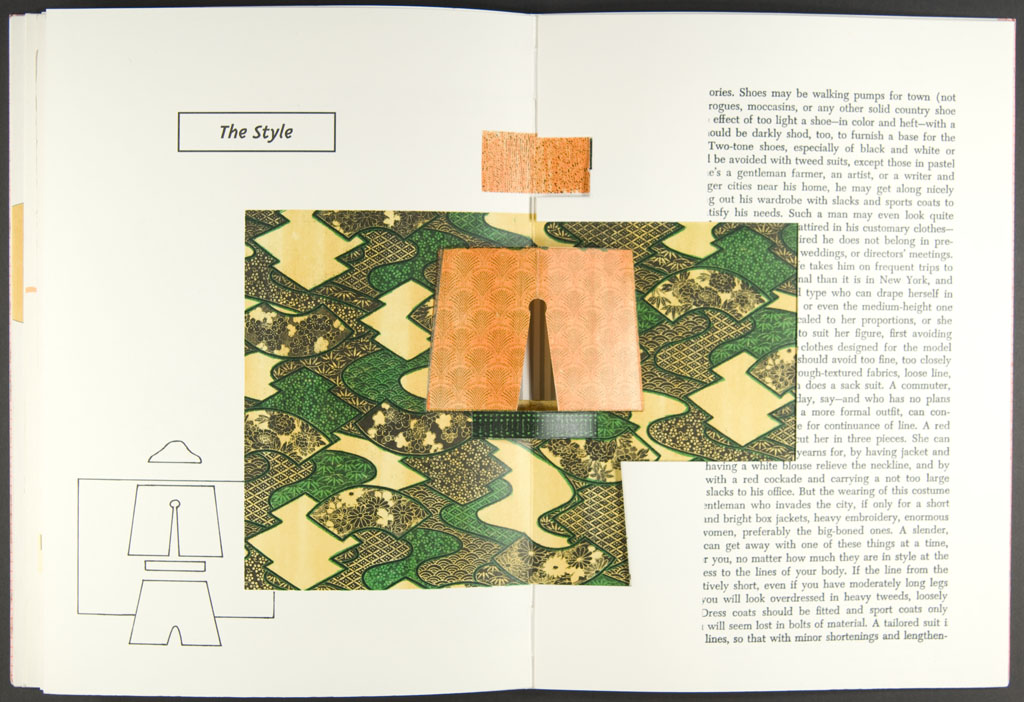