Children's songs have many purposes. Lullabies soothe an infant. A tune can teach a child the alphabet or history, for example. And many songs are simply for entertainment. Many songs such as "London Bridge is Falling Down" published in Little Songs of Long Ago were first sung before being written down.

Illustrated music books were used by both adults and children. The books in this exhibit were published between 1880s to 1920s. They are illustrated by many well known illustrators including Walter Crane (English, 1845-1915), Louis-Maurice Boutet de Monvel (French, 1850-1913), and Henriette Willebeek le Mair (Dutch, 1889-1966, a student of Louis-Maurice Boutet de Monvel). Most of this collection was created through donations. Julian L. Peabody was an architect who collected seven of these titles as gifts to his daughter. Gino E. Conti’s estate donated three of these music books, he was a painter and graduated from RISD in 1923. Louisa D. Sharpe Metcalf, whose mother-in-law Helen was instrumental in the founding of RISD, donated two of titles illustrated by Crane. 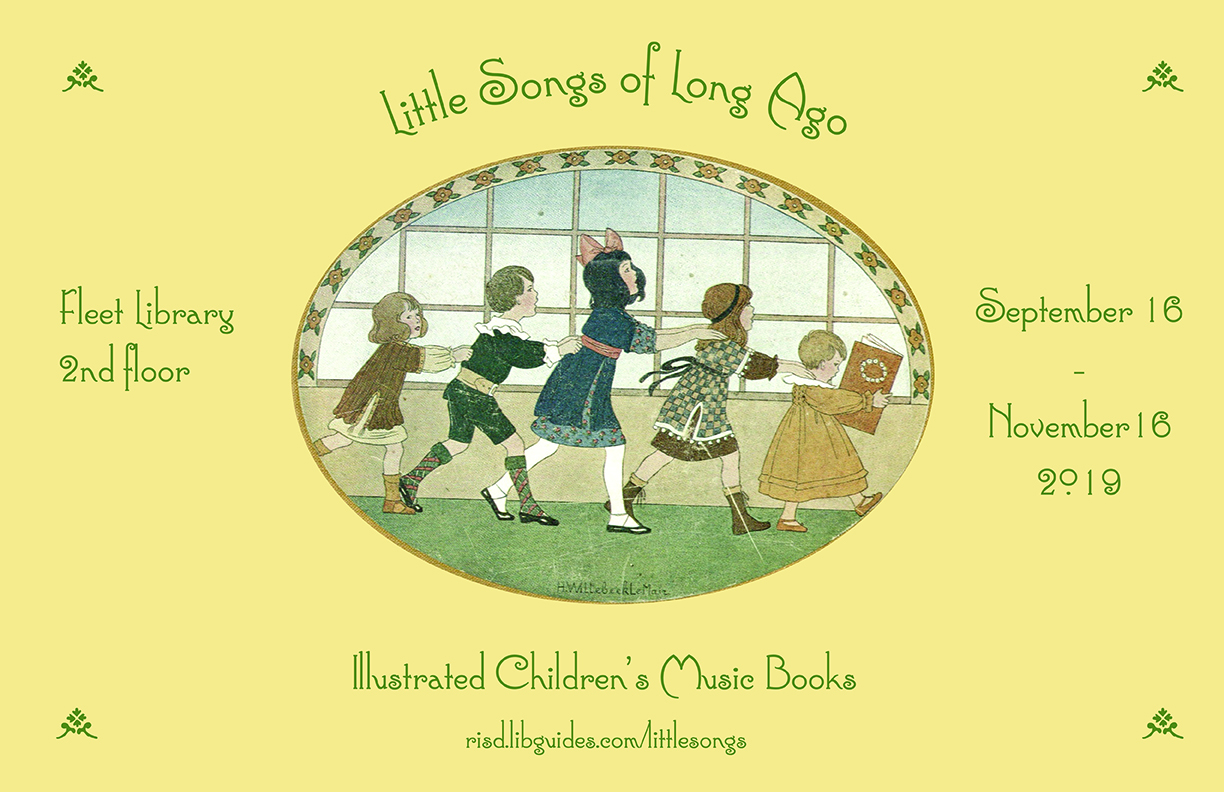