RISD dedicated the Waterman Building on 1893 October 24. Funded by Jesse Metcalf and designed by Providence architect Howard Hoppin, the new home of Rhode Island School of Design included three rooms on the first floor for a Museum of Art. The Museum's exhibition space expanded in 1897 when Metcalf gave RISD new galleries in memory of his wife Helen. Designed by Howard Hoppin and Edward F. Ely, the addition contained three galleries with rooms on a lower level for an extensive collection of casts acquired by Metcalf's daughter Eliza G. Radeke.

Charles L. Pendleton gave RISD his collection of 18th century English and American furniture in 1904. Eliza and her brothers, Stephen O., Jesse H. and Manton B. Metcalf, purchased land on Benefit Street for the construction of a new home for the collection. Designed by Edmund R. Willson, the Pendleton House is the first American wing of a museum in the United States. The house opened in 1906 October along with a new gallery connecting the building to the Waterman Galleries. Eliza G. Radeke engaged architect Charles Platt to design the structure known then as the Japanese Gallery. 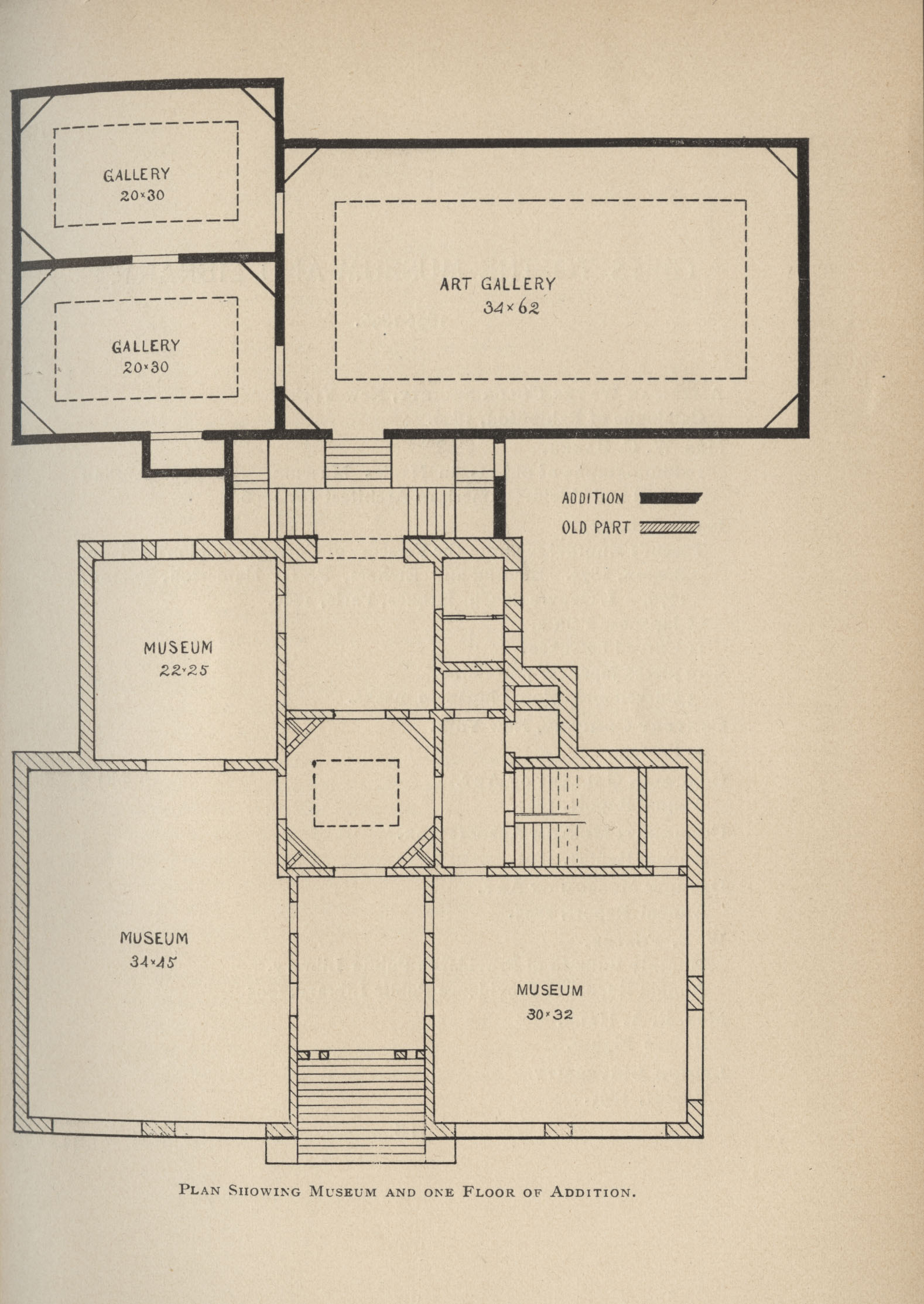 Catalogue of the Rhode Island School of Design, 1896